A couple of weeks ago, I was commending Kokoro for her generosity.

Let it be noted that one can be too generous. 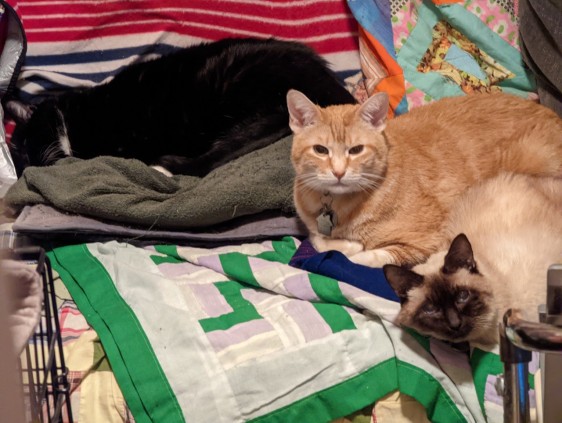 Sure, it was a friendly gesture to share her heat pad with Rhubarb. But when Watanuki got involved…

Let’s just say that ‘Nuki hasn’t internalized the meaning of the word “share”.

No heat for Rhubarb, and Kokoro is so far away, she’s teetering on the brink of falling off the futon.

But at least the crew is being amicable about the whole thing. The futon has, it seems, been unanimously declared “neutral territory: open to all” in the same way our bed has.

Still, Kokoro needs the heat on her joints more than anyone else.

One thought on “Too Much of a Good Thing”