Mostly, though, it was because I’d never heard it. At all, much less seventy-‘leven times this week.

Anyway, as the post title has it, you’re not here today to listen to me rant about music. I know what you really want. 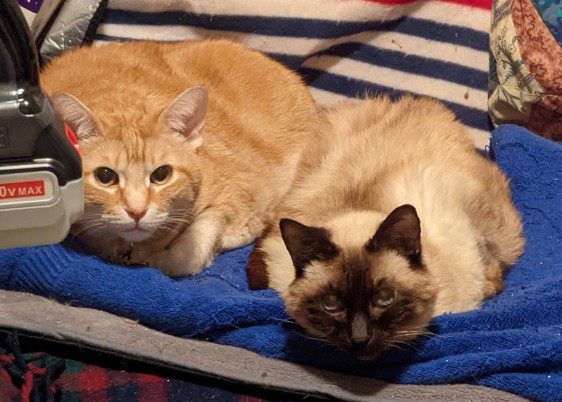 A rare moment of amity, no doubt seasonally inspired.

Kokoro isn’t exactly known for sharing, but lately she has been allowing Rhubarb to join her on the heat pad. The weather has been chilly, and nobody wants cold toe beans, so kudos to Ms. Kokopoof for her contribution to familial harmony.

One thought on “All Scrooging Aside…”