Another milestone. Or perhaps two, depending on how you count.

Lefty partook of one of the most important rites of passage for a #FormerlyFeralFellow a little while ago.

He wore bling for the first time. 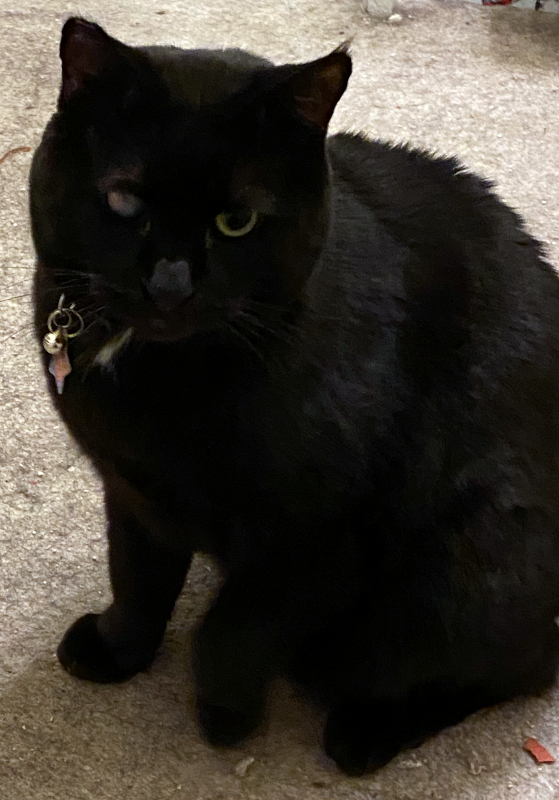 All went well for a few hours. He didn’t seem hugely disturbed by the collar, and only mildly uncertain about the clinking of the bell and nametag.

In fact, for a short time, he even seemed to be posing to show off his new apparel to best advantage. 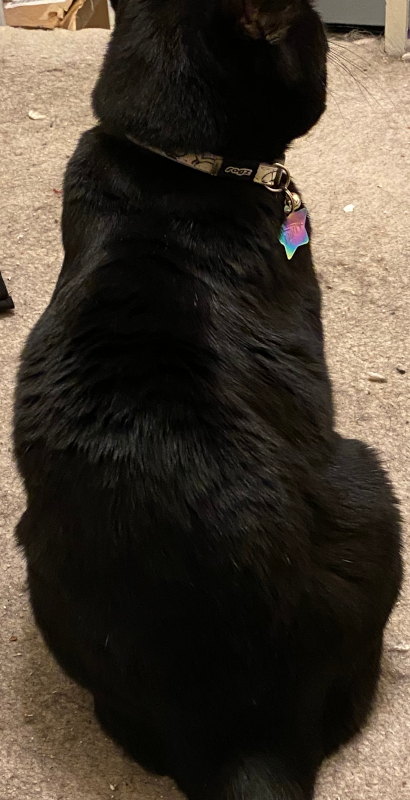 About twenty hours later, he declared the experiment at an end–that possible second milestone.

The bling ended up on the living room floor, and Lefty has been happily naked since.

We’re not sure what triggered the disrobing. It might have been the noises. Maybe it was accidental, with the collar unsnapping while Lefty was adjusting it.

It was a slightly damaged collar that doesn’t have much to keep it closed. That was a deliberate choice: we wanted it to come off easily if Lefty panicked. So it might just have fallen off.

Regardless, he’s been resisting our attempts to put the collar back on. Not strenuously, and we haven’t been insistent. But someday soon, he will wear it again.

And we trust he’ll wear it with pride as a sign of his agreement that he’s found his forever home.

3 thoughts on “One Step Closer”