I had fun last week poking through Sachiko’s old pictures, so for no better reason than that I felt like it, here are a few goodies from the Kaja and Rhubarb Archive.

These photos predate the blog. The Flying Monkeys were about four years old when I started this writing gig, so I don’t believe any of these have been published before. (Don’t feel obligated to prove me wrong. I admit the possibility exists; there’s no need to confirm or refute it.)

Even today, the littermates are largely inseparable. At the age of four months, it was rare to see them more than a few feet apart. 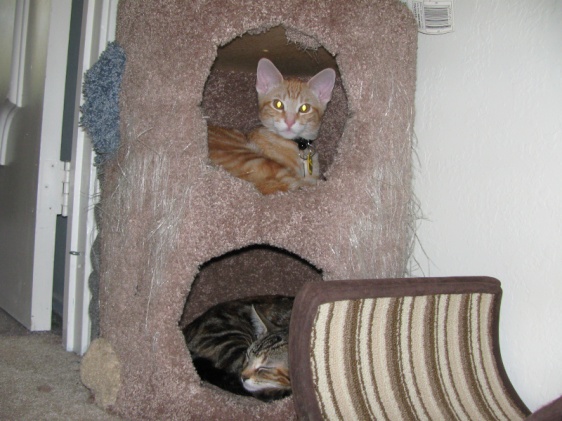 Kaja was the leader–still is–but Rhubarb was an enthusiastic follower for the first couple of years of their lives. He got sedate faster than she did, but throughout kittenhood and cattenhood, he almost always shared her adventures. 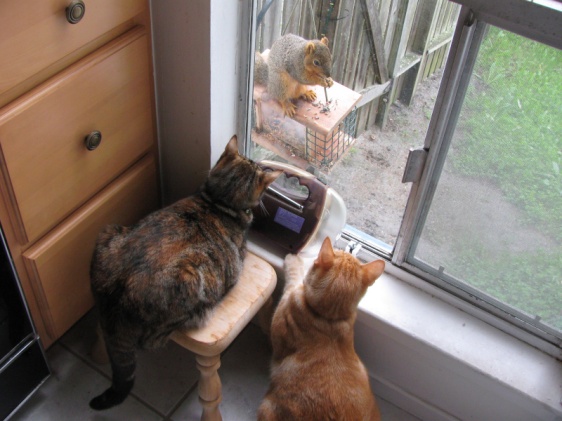 Not to cast aspersions on Kaja, but her curiosity and lack of forethought did land her in a few predicaments that her brother managed to avoid–though whether it was through intelligence, caution, or simple luck I’m not prepared to guess.