I had plans for today’s post. Really, I did. Unfortunately, distractability kicked me in the rear, as it has so often these past few months.

So, instead of the elaborate disquisition I had planned, you get a quick “Then/Now” post. Well, it is–as best we can tell–more or less her birthday.

In constant motion, fierce to defend her toys, but always eager for a cuddle. 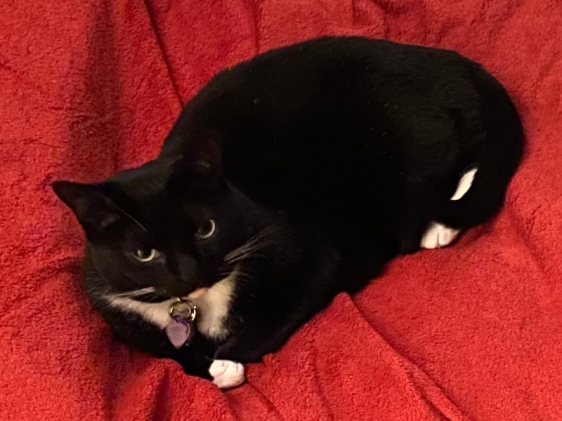 No longer a model of hyperjettic behavior, much more willing to share toys, and considerably more rotund, but still an enthusiastic snuggler.