Kaja!* is a very articulate lady. Not (usually) very verbal, but a Grand Mistress of body language.

* Legal paperwork doesn’t include the exclamation point in her name, but when I told her I was working on a post featuring her, she was quite explicit in telling me how it should be spelled. Point(s) taken. 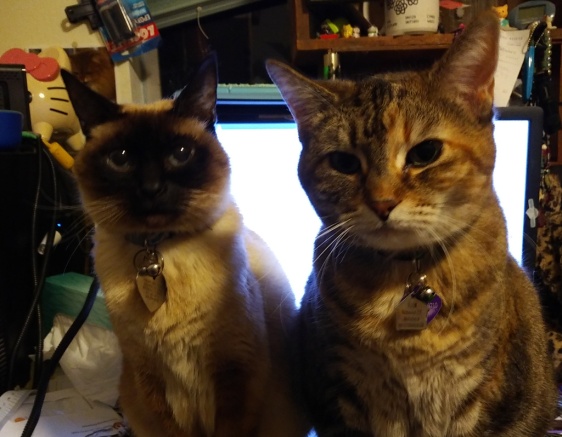 This is, of course, Impatience. Also, as Maggie so eloquently titled the photo, “Feed Us Already, Hoomin!”

Contrary to rumor, Impatience is not actually her resting face–although there are elements of it, certainly. 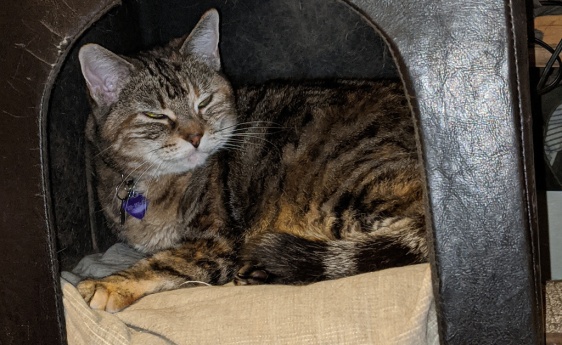 Even though Kokoro and Rhubarb were in the room, Kaja! secured the best cave for herself. Cushioned floor, slightly elevated for the best sight lines. It’s highly coveted turf.

–uh, actually, I’m not sure what this is. When I took the picture, I was sure it was Boredom, but on further review, I’m not as certain.

There’s definitely an air of laughter, incompatible with Boredom, especially at the cosmic level of achievement Kaja! can attain.

Perhaps it’s an emotion of her own invention.

Or maybe she’s just trying to freak me out. I wouldn’t put it past her.