The day after Thanksgiving, we had a…well, “invasion” implies conflict, and there wasn’t any. “Visitation” is a bit better, but it suggests an element of social interaction that was entirely lacking. Let’s go with “encounter”.

The day after Thanksgiving, we had an encounter with some of the neighbors. 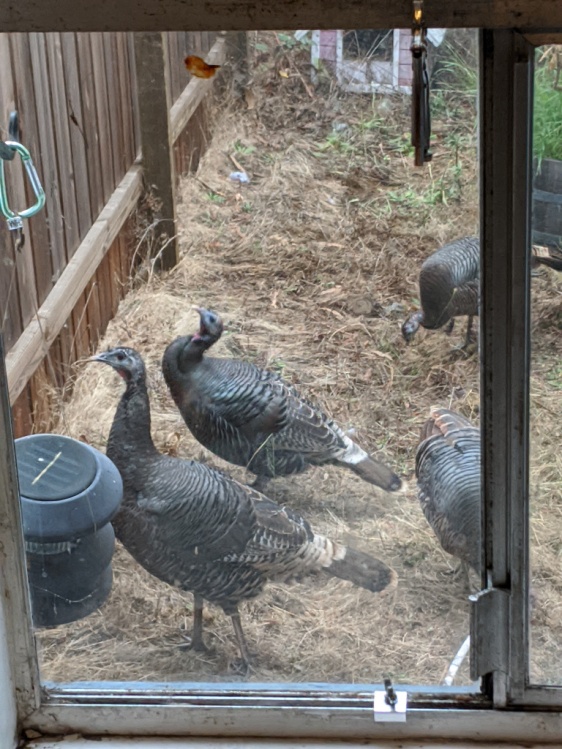 They spent half an hour or so wandering around the backyard. 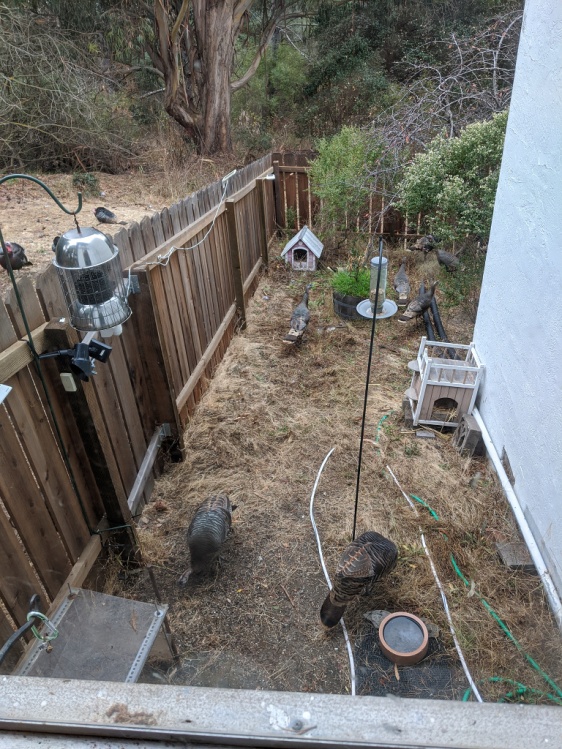 We almost never see them on our side of the fence, yet there they were. 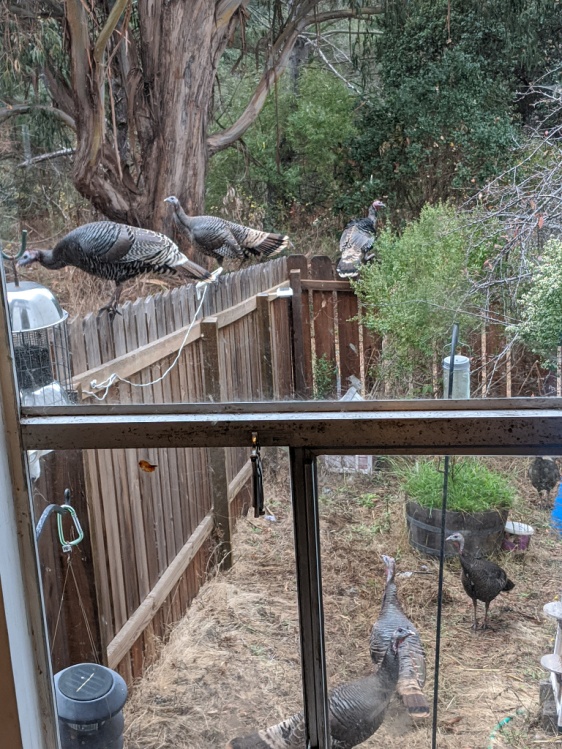 Sachiko peeked out the window to see if there were any birds at the feeders and promptly hid behind my legs.

At that, she comported herself more bravely than the rest of the security force, who apparently all clocked out and went upstairs to have a little lie-down on the bed.

They left as quietly and peacefully as they had arrived.

Was it a celebration of having survived another Thanksgiving? A wake for those who didn’t? A plea for some leftover stuffing and gravy?

Perhaps it was all of these.