If recent posts have given you the impression that Watanuki is being more of an asshole than usual, you’ve gotten the right message.

Unfortunately, Rufus has been the main recipient of Mr. Knuckles’s counter-social behavior. As a result, he’s been spending time in Maggie’s office.

She rules the room with an iron paw and steel claws, only barely hidden beneath the velvet fur. More importantly, ‘Nuki isn’t allowed in there.

There’s been some hissing and some aggrieved looks, but by and large, it’s been peaceful.

Not all catnip and sunlight, but relatively peaceful. From Rufus’ perspective, it’s much quieter than the rest of the house.

As a fringe benefit, Rufus has also been establishing better relations with Kokoro, who’s been spending time in Maggie’s office for much longer than he has. 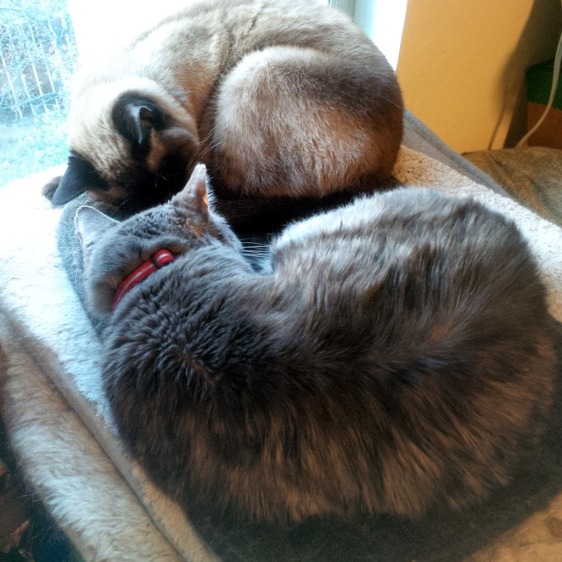