We’re having a little pre-Winter work done on the house. It involves the usual construction noises: hammering, sawing, and the occasional random crash/thud.

Most of the cats have been conspicuous by their absence.

Watanuki takes his position as Head of Security seriously. He may look a little crazed, but by Bast, he’s on the job. 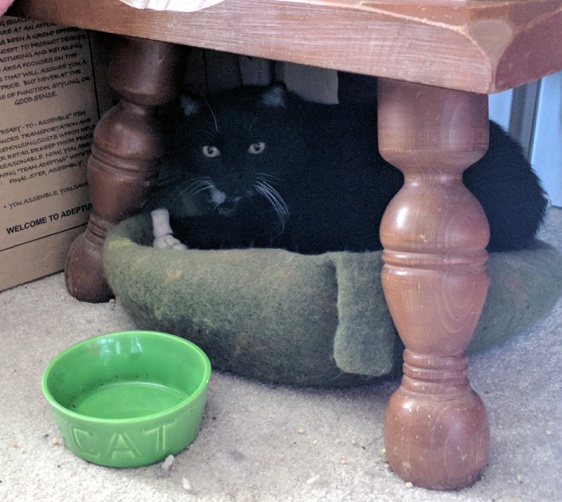 A little more crazed than usual, that is.

There’s always one weirdo in the bunch, though. 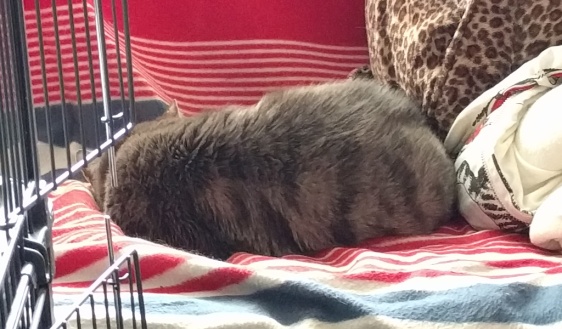 Somebody who shrugs and says, “Wake me up when it’s dinner time.”