Hello and welcome to the hundreds of readers who came by to check out the BABYMETAL portion of Tuesday’s post. Thanks to all of you, Tuesday’s total of 303 page views is this blog’s best day ever, and the second-most popular post ever. Mind you, it’s got a long way to go to beat the most popular, but that’s beside the point.

When the daily traffic jumps by an order of magnitude, there’s really only one thing you can do: more of the same! So, for my regular readers who don’t care about BABYMETAL, come back tomorrow for the usual Friday cat post–and for those of you who don’t care for the cat posts, I promise I’ll have something not-at-all-cute on Tuesday.

But before I begin pandering to public demand, a brief public service announcement.

Tomorrow, July 29, is the last day to get the free Windows 10 upgrade. If you’ve been planning to do it, but keep putting it off, it’s time to stop procrastinating. I still suspect the free upgrade will return, but if you’re going to do it at all, don’t take the chance that you might miss out. For those of you who have upgraded, the Windows 10 Anniversary Edition is supposed to be released next week. Don’t be surprised if you see a really large download happening in the background.

More pictures from the July 14 concert in San Francisco. As before, these are my humble fan shots, not professional pictures taken with pro-grade equipment and the cooperation of the subjects. Don’t expect sharp focus or perfect framing and we’ll get along fine.

I mentioned on Tuesday that my camera had problems with the red lighting. And there was a lot of red. I wound up with several shots like this: 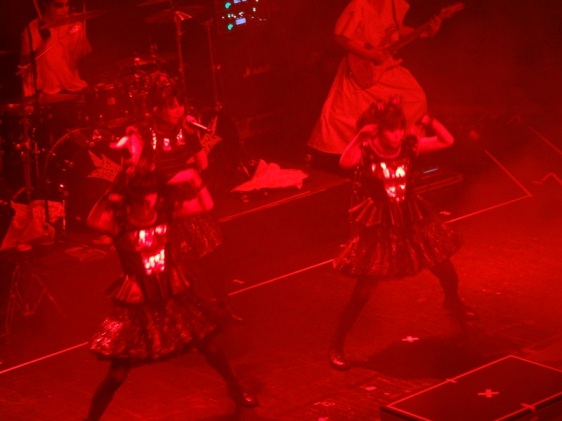 And more than several that are vague, red blurs. But I rather like the way this one came out, in that it looks more like the result of a filter than a visit to the near-infrared.

This next one is one of the few cases of perfect timing I managed.

Just enough red to accent the iconic pose, and–as you can see at the lower left corner–just before the infamous Left Arm of Doom swept away the view.

For all that I joke about my camera, I have to say that it has an excellent optical zoom. 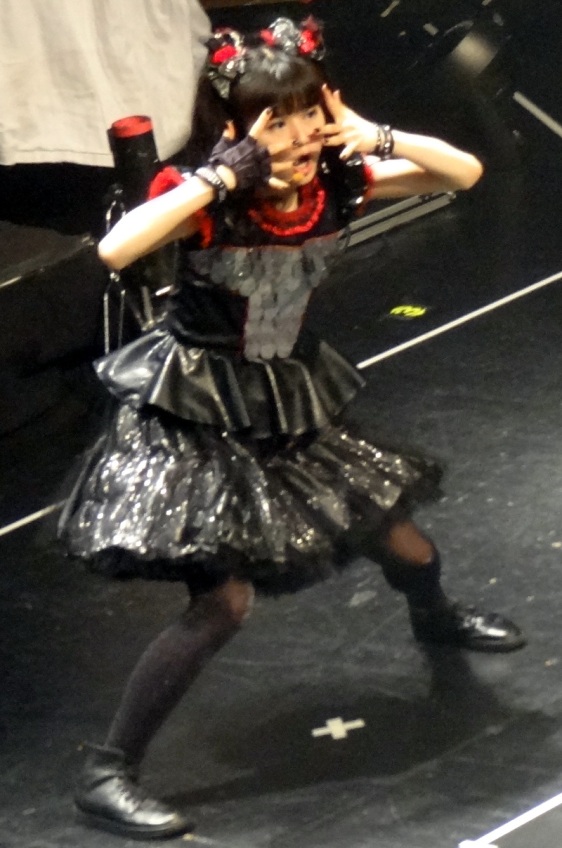 That was one of my top criteria in selecting it. Technology may have advanced in the five years since then, but as long as it keeps getting me shots like that one, I don’t see any reason to upgrade.

Shortly after that shot, I got this one:

You know, I often think the band doesn’t get enough recognition. That’s usually the case, and not just in music: the headliners get all the credit, and the supporting cast just get paid. But sometimes a “thank you” is just as important as a paycheck.

Thanks, guys. You done good.

I’ve got dozens more photos, but I’ll save them for some future occasion where I want to pull traffic this way.