We had an industrial accident yesterday.

A chemical spill. Kitty Krunchiez all over the kitchen floor.

This isn’t the first time that’s happened; we keep an Environmental Protection Agency crew on speed dial for just this sort of emergency.

To be strictly honest, the team are subcontractors–Ooki Brothers Security won the bid. And they’re good at what they do. The first responder–‘Nuki–arrived on the scene almost before the last kernel hit the floor.

I think he was startled by the extent of the spill. A half-dozen kernels is much more typical.

But after taking a moment to assess the damage, he dived in and started clean-up operations. A few seconds later, the junior trainee arrived and lent a paw. 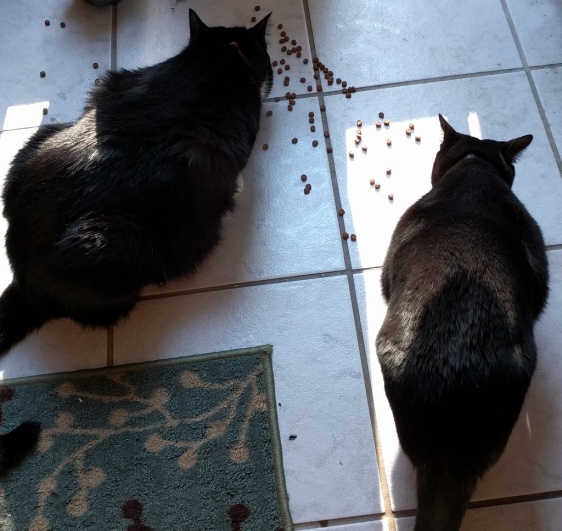 Or, more precisely, a set of fangs.

Even with the two of them on the job, they still seemed a bit overwhelmed. Fortunately, the third member of the squad showed up as well. 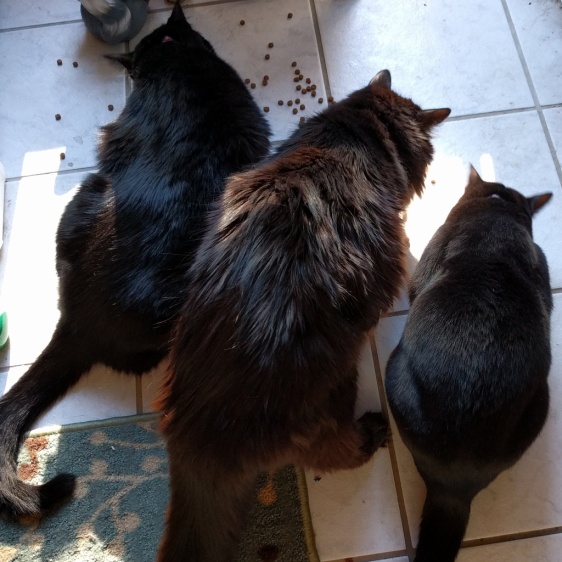 And with the three of them working together, the spill was quickly contained. In fact, I think that part of the floor is the cleanest it’s been since we moved in.