We’ve met these critters before. MM has appeared frequently, but the possum has only appeared on the blog once. Assuming it’s the same one; we’re still not sure.

In any case, he doesn’t come by the bowl often, and usually late at night, after the cats have gone wherever they go to sleep.

So this is the first time we’ve seen him interacting with any of the other visitors. 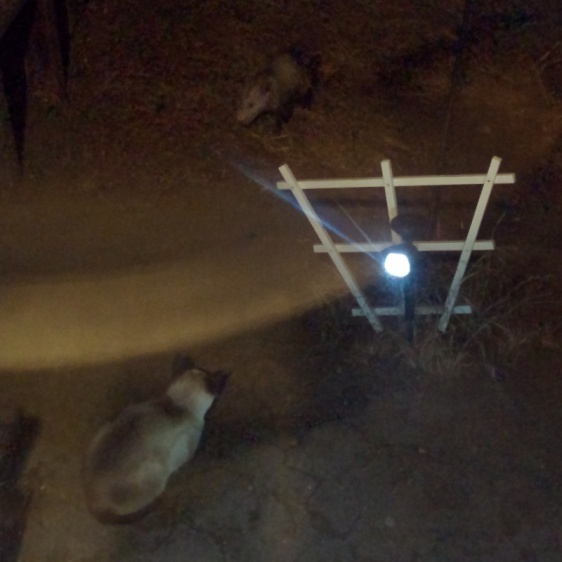 (My apologies for the lousy picture quality. Cellphone camera, late night, shooting through a window–it’s a wonder you can see anything.)

It was a peaceful encounter. They appeared to chat for a couple of minutes–perhaps discussing the difficulties of having light-colored fur in the wild–before the possum nibbled a few bites of food and ambled off. MM watched him carefully, then trotted away in the opposite direction.