Last June, I highlighted Yuki’s role in our home security system. I didn’t mention it at the time, but that’s actually his second job. His primary responsibility, as I mentioned in his original introduction back in April, is to serve as a draft-stopper, preventing cold air from leaking under one door or another.

It’s a responsibility he takes very seriously. He started teaching himself the ropes within days of his arrival in the house. 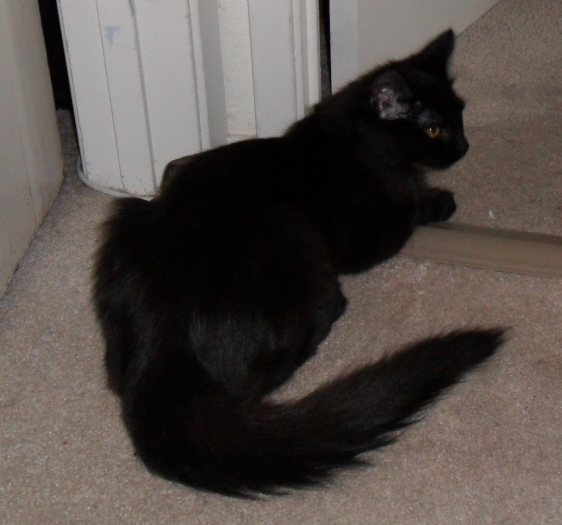 There were some early problems.

As you can see, it took him a little while to figure out that he had to align himself with the door, and a little longer to realize that some doors were already adequately covered.

He persevered, eventually mastering all of the tricks of the trade, and today he’s a world-class draft-stopper. He hasn’t let success go to his head, though. Even now he continues to practice hard. Just a few days ago, I found him working on his extended-tail maneuvers.

On behalf of my often-cold toes, thank you for your dedication, Mr. Floof.